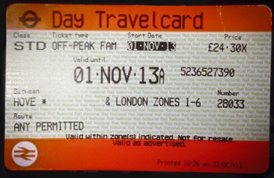 Is it really Movember, I mean November?
Are you chaps ready to get all prickly and itchy for a charitable cause? Well, it’s time to underline your noses with fantastic facial hair.

It’s thanks to the fundilicious Brighton blogger Chelle McCann of Social Sparkle that I’ve been inspired to do a regular November blog, #blogvember. I’ve decided to seek out folk who are up for being photographed. Yes I’m aiming to find fun chaps who will let me snap their tash! Will it be you?

Today I have a sideways start on Movember that involves hair but not tashes! 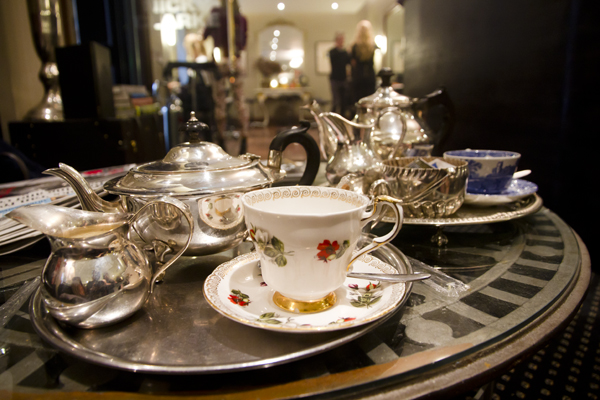 When I discovered my aunt Miriam was keen to get a Nicky Clarke haircut, yes, by the man himself, I was intrigued. Miriam in her heyday was a hairdresser who worked in the prestigious Mayfair salon Leonard’s, back in 1973. It was this salon to the stars where she styled some of the best of British including, David Essex, Diana Rigg, and one of her favourite heads, Cilla Black.

To understand Miriam further, she’s had quite a few obstacles in her life. Not only did she become a widow from her doting husband, has no children despite her enjoyment of them, but she has courageously fought Cancer and won! Despite her losses and battles, she’s a force to be reckoned with and doesn’t suffer fools gladly. So when she was willing to spend a premium on a haircut, I decided to meet her with my camera. 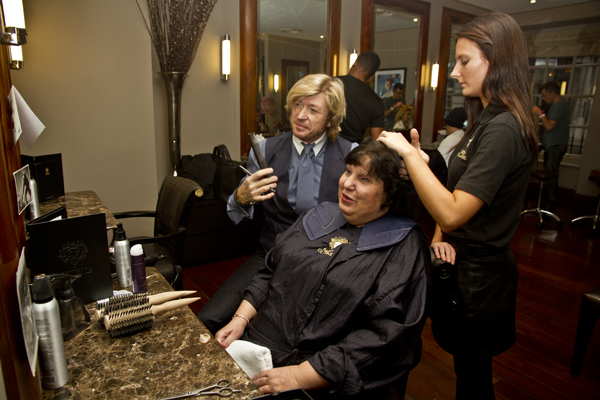 From what I observed, Nicky was having quite a morning and was running late. Despite this when he came to consult with Miriam, he was all ears. Then they talked hair, my ears switched off as hairstyling nuances were discussed; their world, not mine. 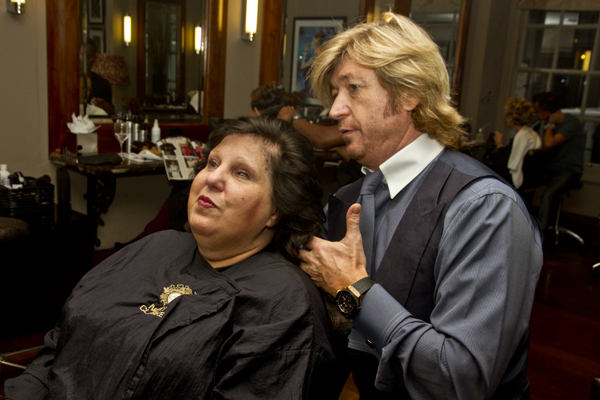 Then the discovery, Nicky Clarke also worked in Leonard’s but in in 1974, so they knew the same people. Needless to say there were no regrets on paying a premium to make herself feel like a celebrity, with a celebrity. Moreover, he even gave her a special discount. She was delighted. 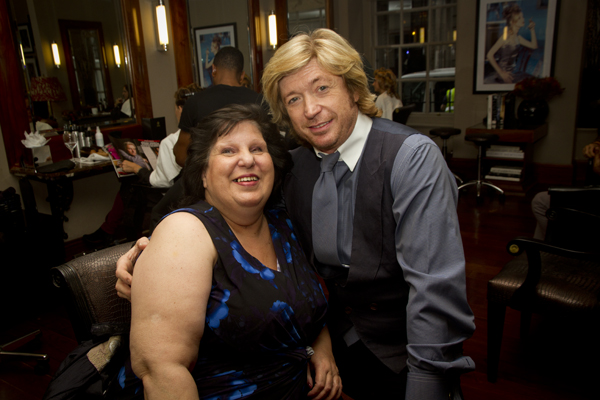 OK, back to Movember, please contact me if you want to part of my Movember blogging, are you raising money for charity, will you be snapped by me? Let me know.

Sophie Sheinwald is an event and PR photographer who also specialises in bespoke portraiture.