I had read about Scarlett in an article she wrote for a local Jewish magazine and was immediately inspired by her story of survival. I managed to get in touch with her and she kindly offered to give up an afternoon of her dedicated time to talk about some of her life. I say “some”, as the more I discovered about Scarlett, the more I realised why she needed to log her life into an autobiography, “Swimming Upstream“.

I met her at her home and as we walked into her lounge I was greeted with some interesting worldly symbols of travel. In her hallway, for example, lay a white leopard, which she had personally shot and at her fireplace stood a Ganesh, a gift from her anthropological work in Southern India. Now I just had no idea of the extent of her work, and nearing 89 years of age I was in full admiration of how much she has achieved.

As Scarlett recollected her incredible past I watched her eyes brighten, despite the great difficulties and hardships that she had experienced in her youth, she held a positive attitude which epitomised defiance.

Scarlett was brought up in the socialist democracy of Austria, a popular choice for Jews in the 1930’s. Jews had enjoyed the freedom to live with no major antisemitic provocation. So when Hilter came into power, it became clear to Scarlett that they had to get out, and fast.

Her father had been working in Yugoslavia at that time, Scarlett, at 15 years of age had to grow up pretty fast. Instructed by her older brother, she travelled across Vienna to get Yugoslavian visas. It was during Hilter’s inaugurate speech to the Austrians that Scarlett, dressed in typical Nazi clothing for a girl, headed towards the embassy. She said that in amongst the overwhelming mass of residents welcoming their new Furer, she was struck by the hypnosis his speech created and how the crowd roared “Heil Hitler” in unison. Scarlett found herself with arm up following suit, fitting her disguise. She said she had managed to find the ingenuity somehow, just so she could get an extremely important task completed. She managed to meet the ex-Yugoslav Ambassador who referred her to the Consul for tourist visas, who gave her visas. She remarked how it gave her a large sense of accomplishment. Having pulled off being someone she was not, Scarlett and her mother could then leave the country that was now a total threat to Jewish survival. By then her oldest brother was safely in the UK and her other brother was in Italy. Scarlett and her mother were to join her father in Yugoslavia who had lost his job. The three of them stayed with one of her aunts in Zagreb. However, the Yugoslav tourist visas only allowed them a three months stay and Yugoslavia threatened to return them back to grave danger. She was now the only child in the company of her parents and the apple of her father’s eye. He had not seen his sweet daughter’s new found skills in bravery and responsibility, which was a frustration to her. That was until Scarlett took it upon herself to visit embassy after embassy to see if they could enter a safe country.

It was at this point that her parents had reached despair of any possible survival, but Scarlett kept persistent for however slim a chance of a future. She related how she was determined to live and how she was spurred on by one of her Nazi teachers back in Vienna, who had told her amoungst other Jewish school children, that they would amount to nothing. After many refusals from many embassies, Scarlett’s parents told her to give up. Then her uncle asked her if she had tried the Albanian Embassy. By then Scarlett was not quite so optimistic, the big red “J” on the passports had closed so many doors. So when, at the Albanian consulate, she was welcomed into a room and granted visas, she was ecstatic and said she could have hugged the Albanian official. It was later she discovered that Albania had long held a tribal open door policy, so much so that when Hitler asked whether Jewish refugees were living in Albania, the government said “No”. Moreover, the monarch King Zog had demanded that if any Jew were to enquire for a visa, that officials were to give it and that if any Jew were found without a passport that they were to be given an Albanian one. Albania was thus the only occupied country to truly understand dignity at a time where the mainstream flocked to the beat of a deathly drum. BESA their tribal Code of Honour made Albanian families – Muslims and Christians alike – risk their own lives to shelter Jewish Refugees before and during the last World War.

Scarlett for me epitomises survival and persistence despite adversity. Today, as an anthropologist and an economist, she still studies and helps in areas such as India, Ghana & Papau New Guinea. She has returned to Albania to pay the debt she feels she owes the country for having saved her life.

Her current project, ALBANIAN HELPING HANDS, aims to help lower poverty for Albanian families by utilising the embroidery skills of women. Scarlett is working with a fashion designer in Sussex who has her students on board to help create potentially sellable wears that the Albanian women can produce and for sale in the UK. Scarlett is looking for volunteers who can join her and help her sell the wears once they are completed.

Anyone reading this who may be inspired by Scarlet’s story, as I was, can get in touch with me to help a country who didn’t get swayed by discrimination.

For more information on this subject “Back from the Brink” is a documentary covering stories such as this one.

In commemoration to Yom HaShoah, Holocaust Remembrance day on the 2nd May 2011 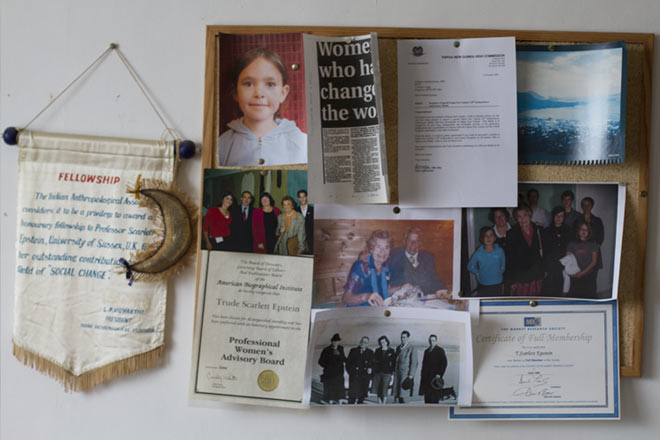