What started as a simple day booked out to photograph several people in the city, turned out to be more of a quest. Jewish Renaissance magazine wanted to go all out and celebrate 250 years of Brighton & Hove Jewish heritage… and they did.

There were many Brighton connected folk to choose from, editor Rebecca Taylor (see above) was spoilt for choice. She asked writer Yael Breuer, co-author of Hilarious Hebrew, to report the stories. I then accepted my mission, to capture the essence of some very interesting people in a very short space of time.

Yael and I scheduled an assigned day to weave in and around the city of Brighton & Hove. We went from Kemptown to the North Laine, across to Hove and back until we completed the job, or so I thought! 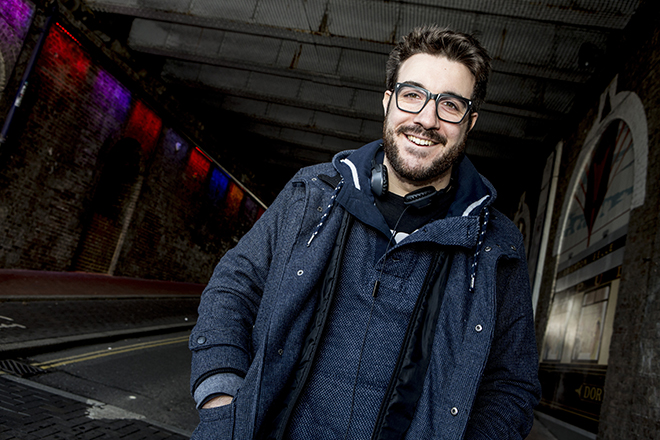 There was more photography needed. More people to contact and arrange to see between my other photography engagements. But by then I was really enjoying the flow and buzz of meeting these personalities. I squeezed in more people and finally completed the task. I had gotten a chance to connect with some people I hadn’t photographed years. One being performer and composer Polina Shepherd (below), who I invited to Brighton railway station’s piano to tinkle on the ivories. 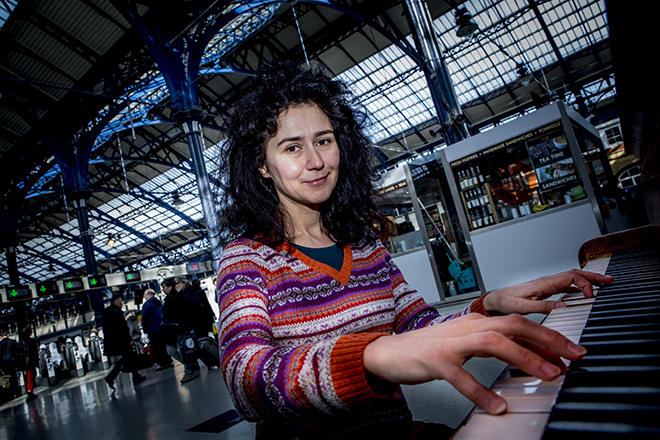 Polina tinkering on the ivories at Brighton Station’s piano

I met the affable Bill Smith of Latest TV, who I discovered has co-composed an opera called ‘This Way For The Gas, Ladies and Gentlemen’ (adapted from the book by holocaust survivor Tadeusz Borowski). 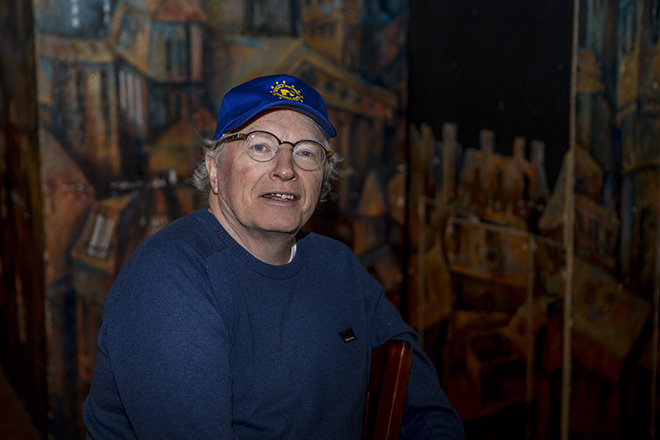 The list could have been longer. There are some amazing people in Brighton & Hove and here are some of the of great people I had a chance to connect with, if only for a brief spell. 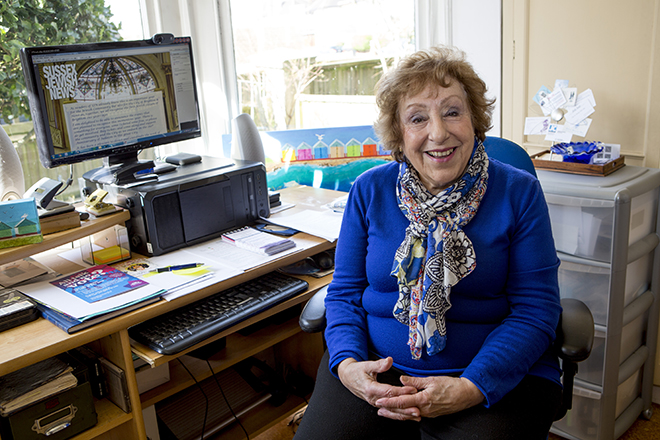 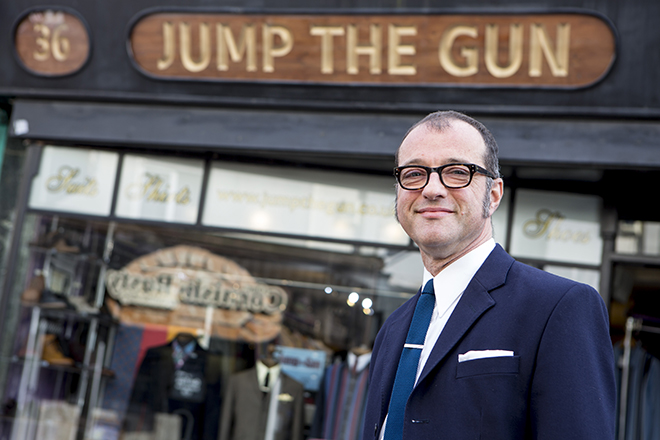 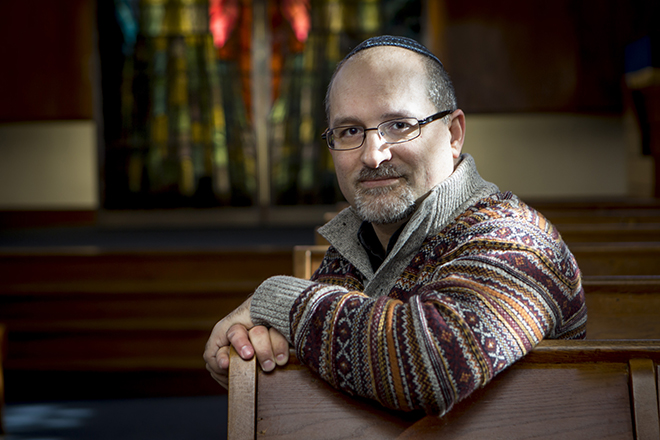 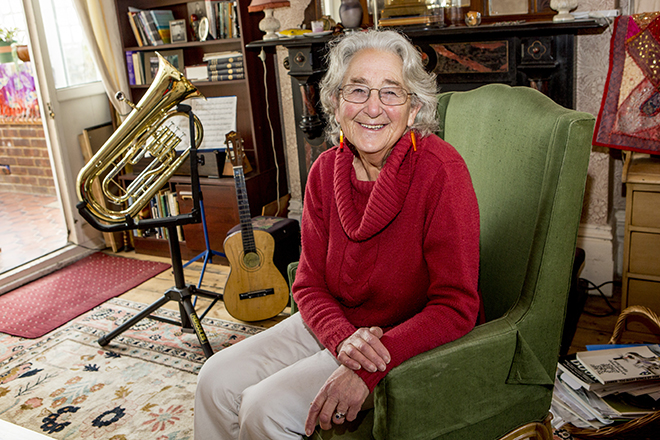 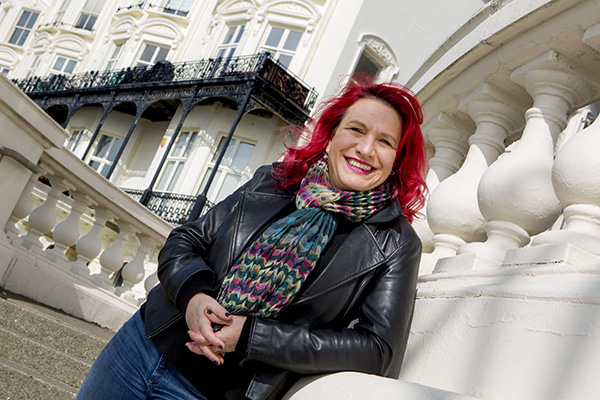 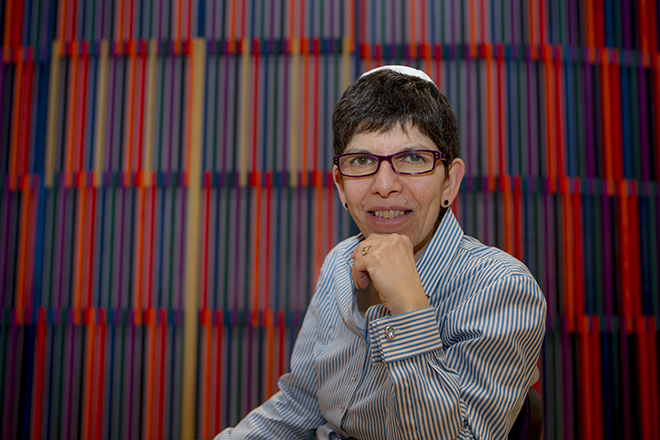 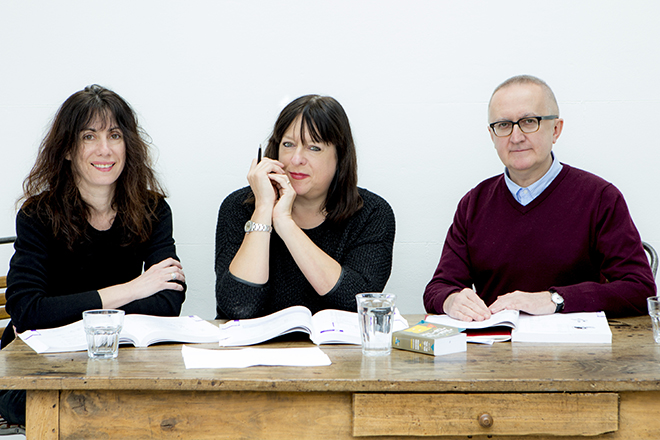 This literally was the last shot taken. A sunny morning, in the home of a gentleman called Karl Henry. So whilst Yael Breuer was at the beginning of giving a Hebrew lesson for Karl and self-confessed philo-semite Julie Burchill, I interrupted to catch Julie practicing in her Hebrew with her West Country accent.

What Did the Jews ever do for Brighton & Hove actually?

You may wonder “What’s the big deal already?” What sort of contribution did the Jews make over 250 years? Thanks to JTrails Marcus Roberts (nice chap pictured at the top), I discovered a fair bit about the Jewish heritage journey.

Here are three Jewish facts for you

Brighton station has a Jewish connection thanks to David Mocatta who designed the elegant frontage in 1841.

A radicle newspaper was born called the Brighton Guardian. it was edited by owner Levi Emanuel Cohen on the site of the TK Maxx store in the 19th-century

Adelaide Crescent and Palmeira Square was developed in 1830 by Sir Isaac Lyon Goldsmid.

And there’s more, but you’ll have to get your copy of the Jewish Renaissance mag.

“Also Available for Weddings and Barmitzvahs”

Well actually I am. Please do get in touch if you have an event to book in and need photographic coverage. It all starts with a free consultation. I can help get your head straight as it all can be all quite overwhelming, what with planning, the venue, invites, catering and who should sit next to who!